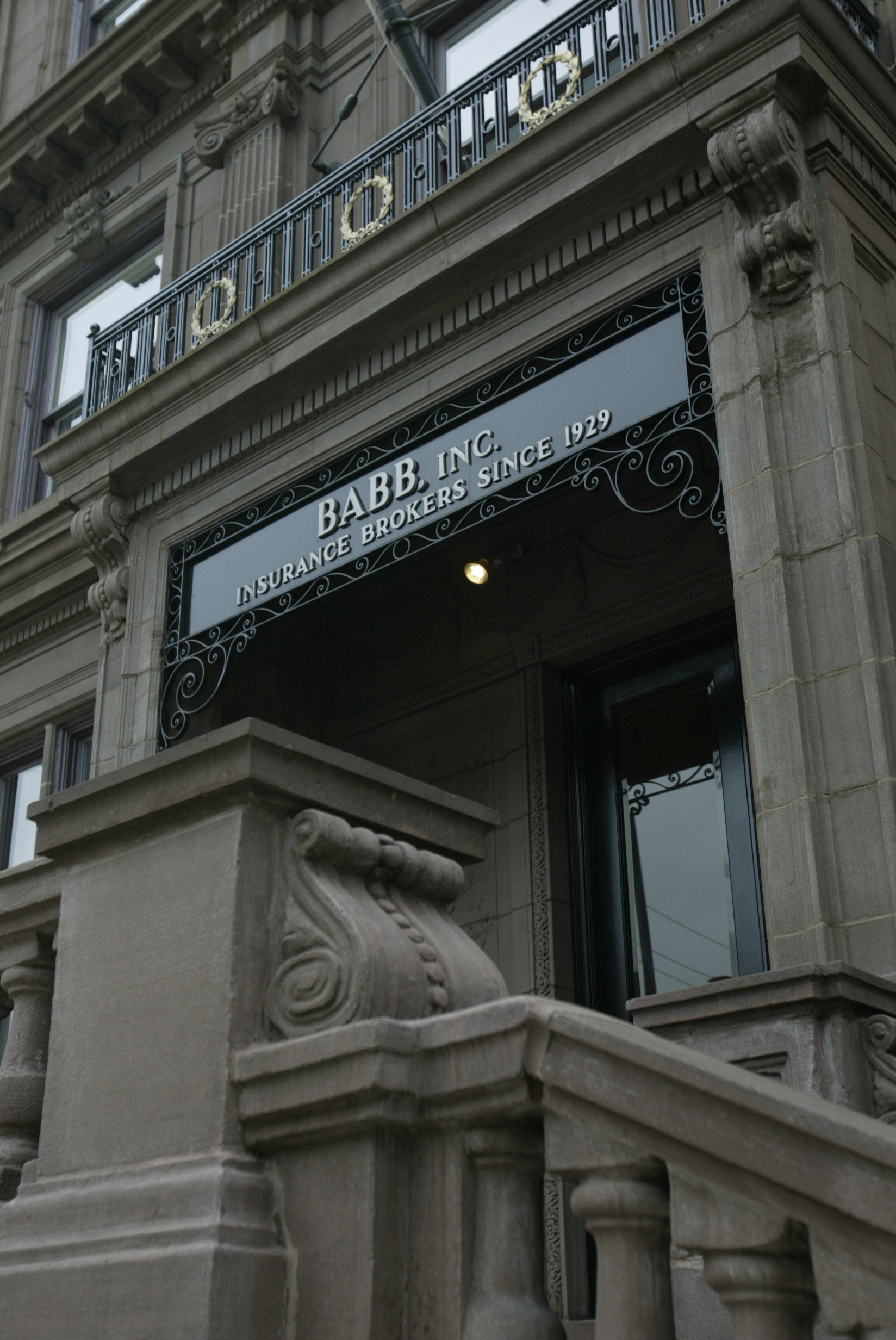 Since 1970, Babb, Inc.’s headquarters have been based in the old William Penn Snyder mansion located on, what was once, Millionaire’s Row in the Allegheny West neighborhood of Pittsburgh.  William Penn Snyder was in the iron ore development business in the Lake Superior area with Henry W. Oliver.  He was also the owner of the Shenango Furnace Company.

Built in 1911, it takes up the entire corner of Ridge and Galveston Avenues standing three stories high.  It was built in the 18th century French Renaissance style complete with ornate woodworking, marble fireplaces, detailed plaster, stained glass, and an exterior faced in Hummelstown brownstone.  The state rooms and the grand staircase in the entryway are more reminiscent of the English Renaissance style that was popular from the Elizabethan to the Georgian eras.

By the 1920s the house was vacant, but in 1930 was bought by the Knight’s Life Insurance Company who put an addition on the building in 1948.  The addition was faced with Hummelstown brownstone from the same quarry to match the original.

In 1976 the building was designated a National Historic Landmark.

The building contains some fascinating original architectural and technological advances that, at the time, were revolutionary.  It had an in house vacuum system, a working push-button elevator, air-conditioning, and a garage in the lower level containing an entrance that lead to the French style ballroom.

Sorry, the comment form is closed at this time.